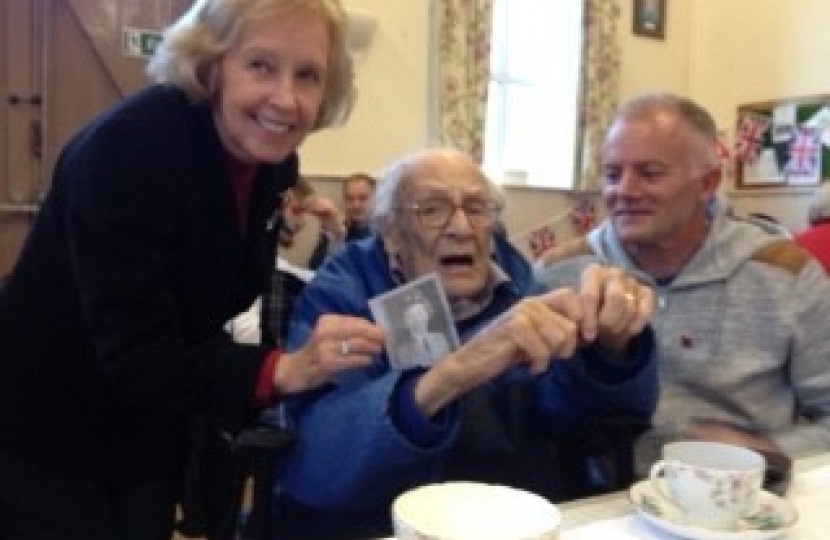 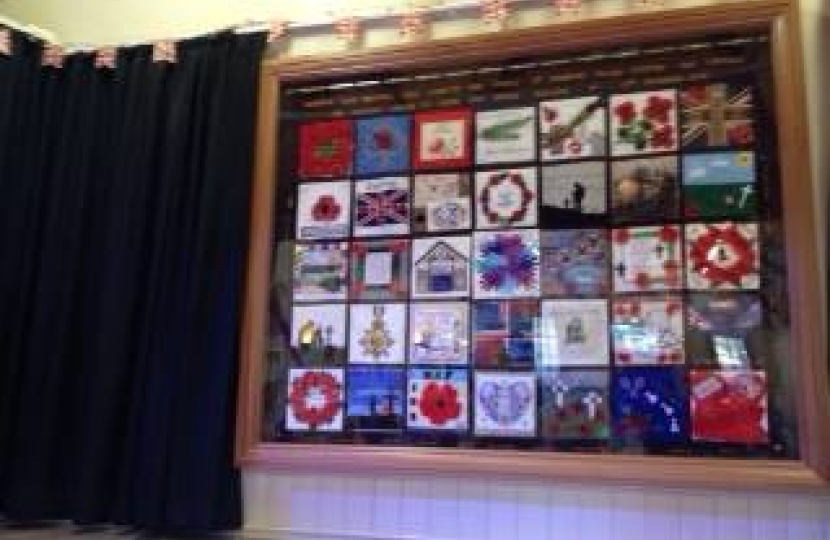 Yesterday guests were invited to attend a tea-party to commemorate the 100th anniversary of World War 1. Everyone had a splendid tea of cakes and scones, and a tapestry made by local people to commemorate the 100th anniversary was unveiled.  Depicting various aspects of WW1 it is an amazing piece of work, undertaken by very talented residents of Denmead.

Watching the proceedings and enjoying the tea-party was Denmeadian Gordon Watson, born on 27th May 1918 in rooms over the Forest of Bere pub. Gordon is showed myself and his friend Martyn his military service identity disc and a photo of his deceased wife, Joan.

Schoolchildren from Denmead Junior school sang a medley of wartime songs and Gordon joined in, remembering all the words.

Many thanks to the Denmead War Memorial Hall Committee for organising a great community event to mark the 100th anniversary of the ending of WW1. Denmead will never forget.