Statement regarding the Review by the Parliament Boundary Commission 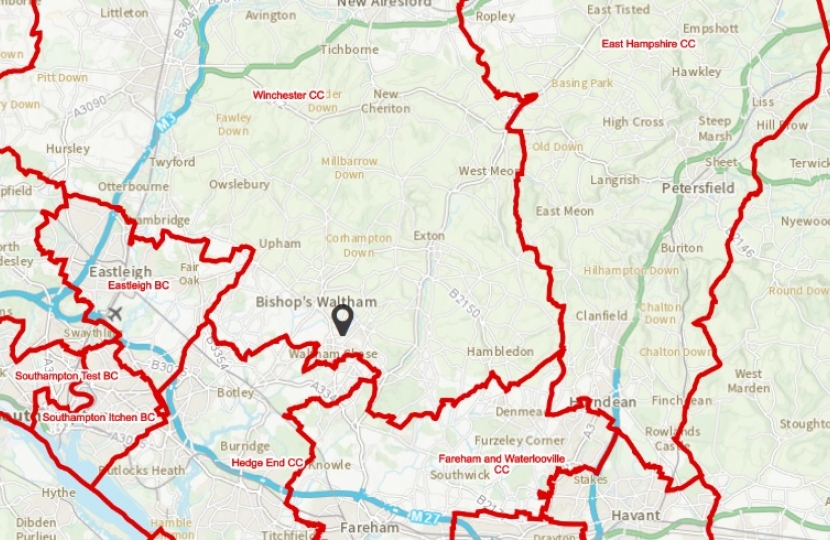 This is a statement prepared and read at our Annual General Meeting of members on 10th June by our, then Chairman Neil Lander-Brinkley

"Members will be aware that earlier this week the Parliamentary Boundary Commission for England published their first draft detailed proposals. The review taking place under the legislation put in place by the Coalition Government and seeks to create more equal representation across the UK with each Constituency getting as close as possible to the target of 73,393 voters, plus or minus 5%. The planned reduction in the number of seats will not now happen as we have left the EU and so do not elect MEPs, who previously shared some of the MPs current workload. The total remains at 650.

I spoke at the last AGM and to other meetings on this matter and told members that MVCA had little to worry about. I was reporting the views of CCHQ’s guru on these matters (Roger Pratt) given to us when he last spoke to the Hampshire & IoW Chairmen. Our MP had the same information much more recently, so the wholesale revision of boundaries across England came as a complete shock. (Scotland, Wales and N Ireland will follow in due course.) It has been quite traumatic for myself and officers and even more so for Flick who has now become familiar with our constituency and all its various differences.

The proposal, which can be viewed online, is for Meon Valley to disappear. In the proposals East Hampshire Wards will go to East Hants County Constituency. Whiteley and Shedfield will go to the new Hedge End Borough Constituency (in our view better described as Hamble Valley) Bishop's Waltham, Central Meon Valley, Upper Meon Valley will all go the Winchester CC whilst Southwick & Wickham; Denmead; Waterloo, Cowplain and Hart Plain wards will all join with the eastern part of Fareham to form the proposed Fareham and Waterlooville BC. (The western wards, i.e. Sarisbury, Titchfield; Warsash will join the Hedge End constituency.)

There is much to talk about here and the degree to which existing MPs are unhappy with this draft, together with representations that Associations can make, may well ensure changes will be made to make the outcome more acceptable. The situation is far from fixed. Your new Chairman will be attending an HQ briefing for Hampshire Area Chairmen on the position on 18th June and so will know more then. Your Management Committee and Executive Council will consider the subject, of that I am sure!"

We are so pleased to introduce our candidate for the Horndean Downs Ward By-Election on Thursday 30th September 2021.