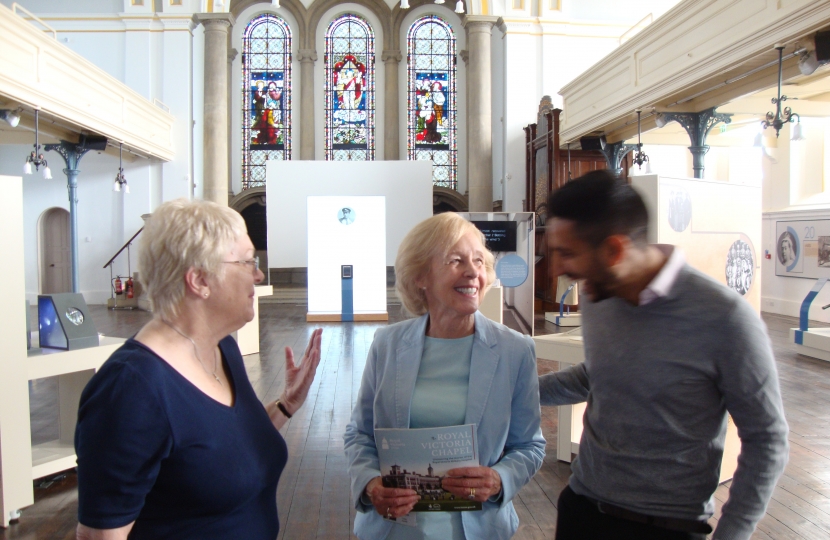 At the recently re-furbished Chapel (which was part of the Military Hospital) she met some of those involved.

Cllr Stallard said "Such groups play an important role improving the well being of the individuals involved as well as supporting great facilities such as this park. Why not join such a group in your own part of the county?"